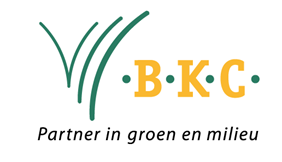 PLANTING OF THIRTEEN TREES AT AMERENA Sports Complex IN AMERSFOORT 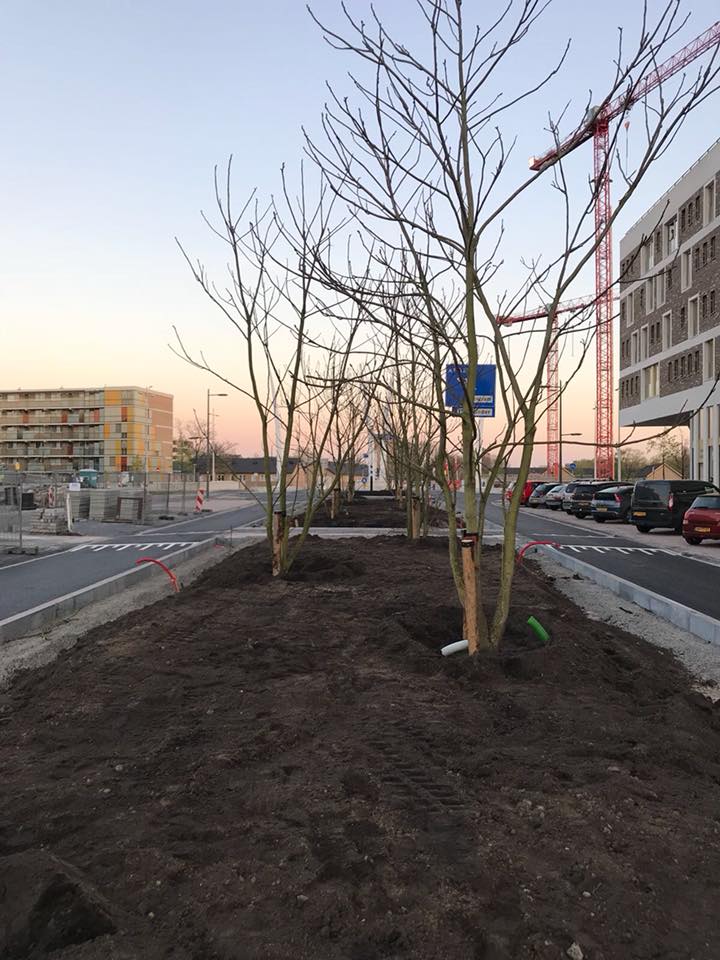 PLANTING OF THIRTEEN TREES AT AMERENA Sports Complex IN AMERSFOORT After almost two and a half years of building, the fabulous Amerena Sports Complex was officially inaugurated by Minister of Public Health, Wellbeing and Sports Bruno Bruins on 20 April. In cooperation with Van Zeeland Groen, BKC BV gave the finishing touch to the terrain […] 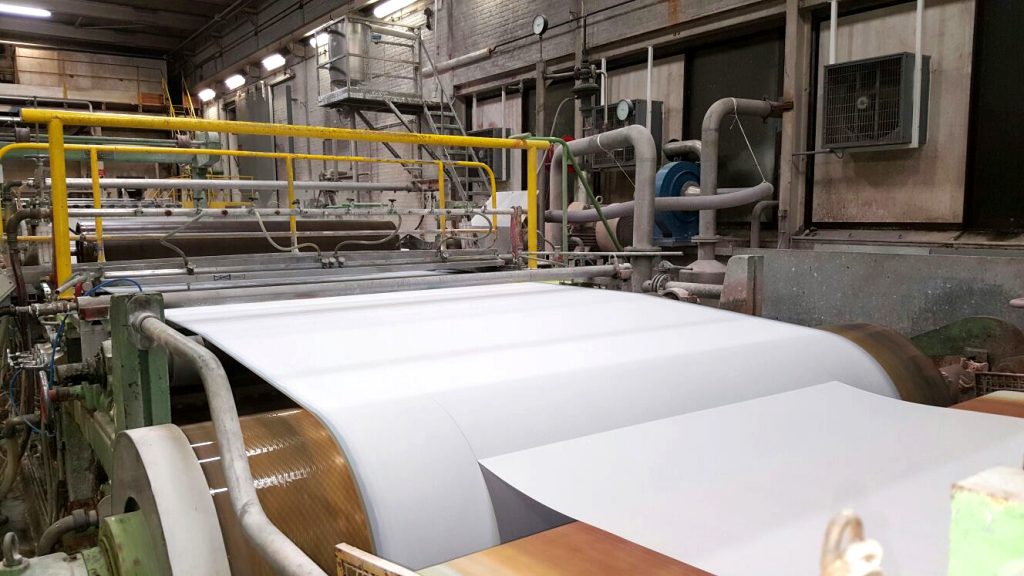 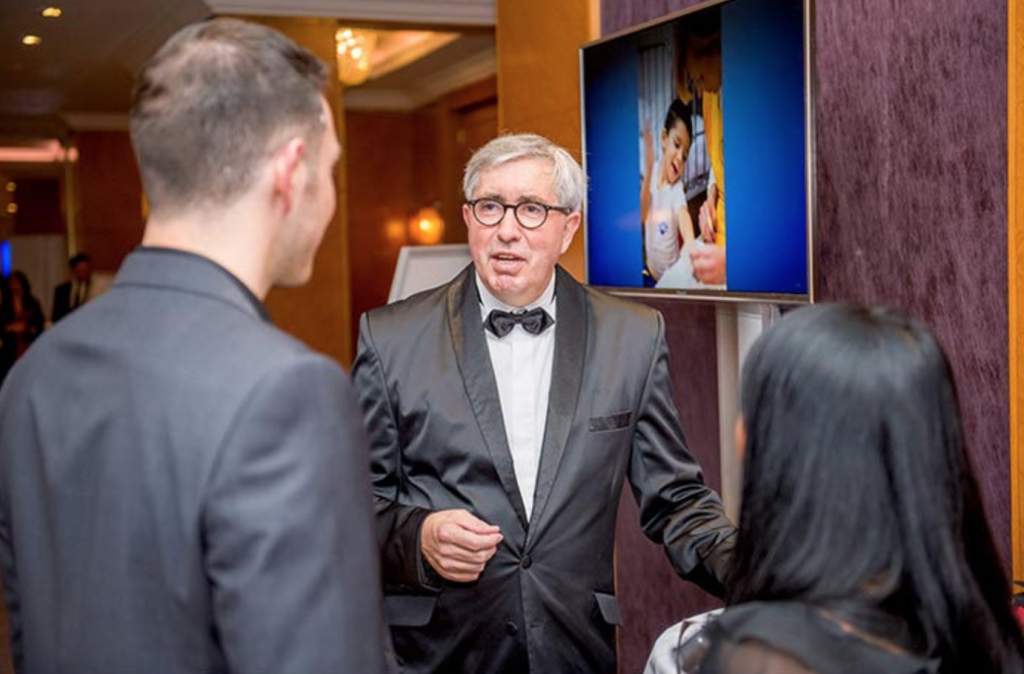 This year was the seventh edition of the Smiling Hospital Charity Gala, organized in Budapest, Hungary. It was a great success. A total of 5.794.050 HUF was collected, equal to 18.780 Euro. This year’s theme was ‘Sound of Music’ and with multiple musical performances, the most memorable performance was of the childrens choir and their […] 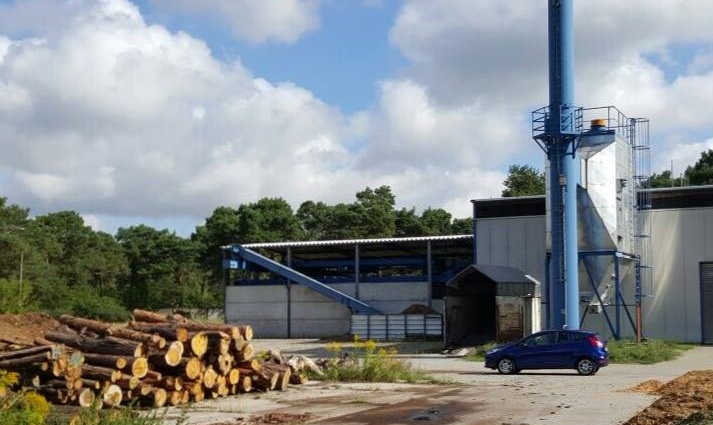 From this summer on we are the proud owner of a biomass power station in Fürstenwalde, Germany. We bought this plant, with the aim of heating approximately 400 houses in a sustainable way, for a period of 15 years. The station has a capability of 2 Megawatt and is modularly expandable to 4 Megawatt. In cooperation […] 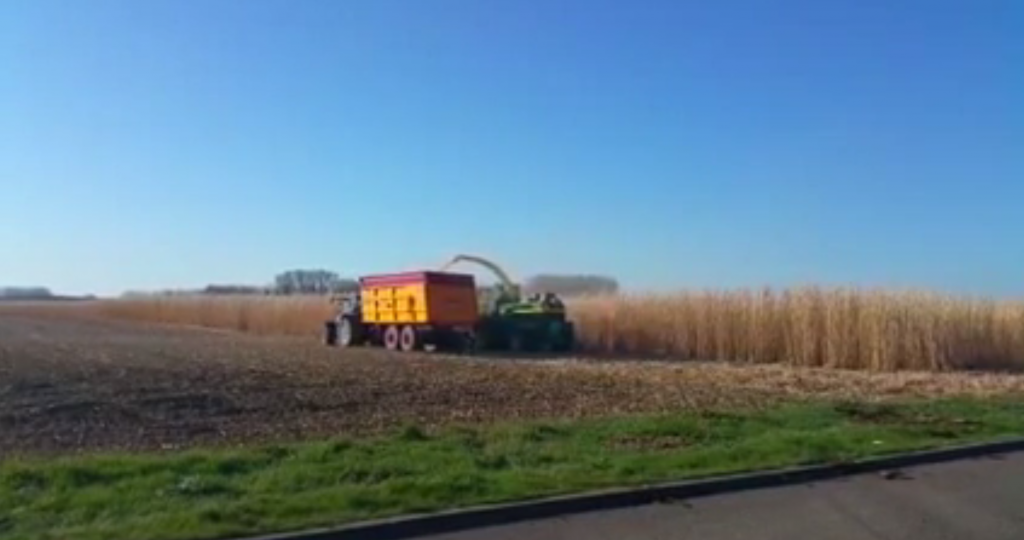 Last weekend it was time for our yearly Miscanthus harvest at Businesspark 7Poort in Zevenaar. This happens to be (not surprisingly) right in front of our office building, meaning we had the pleasure of witnessing the crop grow larger ourselves. We are happy to say that the harvest of roughly 350 tonnes will be used entirely for […] 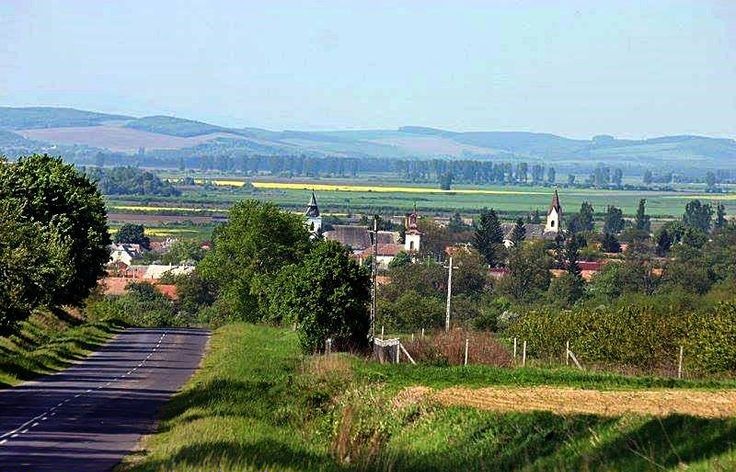 The year 2015 has begun marvelously for BKC! This month we were able to receive two projects in Hungary, further strengthening our green relations with those municipalities. In the city of Lajosmisze we are commencing the project to inspect about 300 plantations, during which all the trees will be checked for diseases and other abnormalities. Additionally, […] 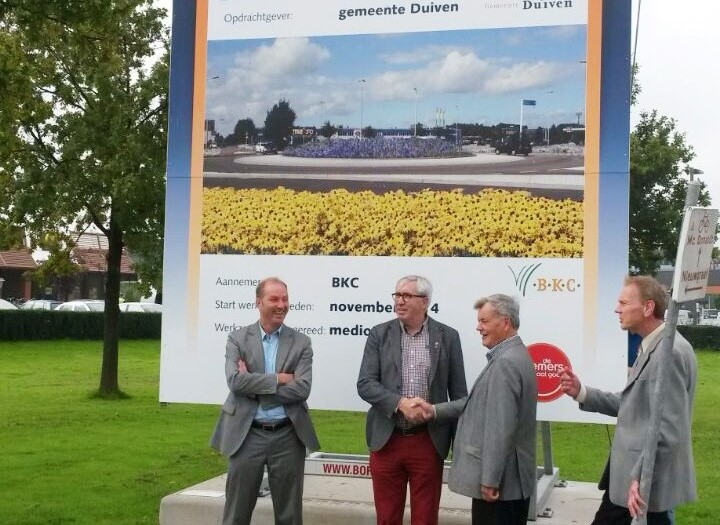 The business park of Centerpoort/Nieuwgraaf is one of the biggest and busiest business parks in The Netherlands, with countless major and distinguished companies based there. To ensure future growth and accessibility, BKC will make some necessary changes to infrastructure, public transportation and maintenance, while the quality of the real-estate and surroundings is preserved. BKC has commenced […] 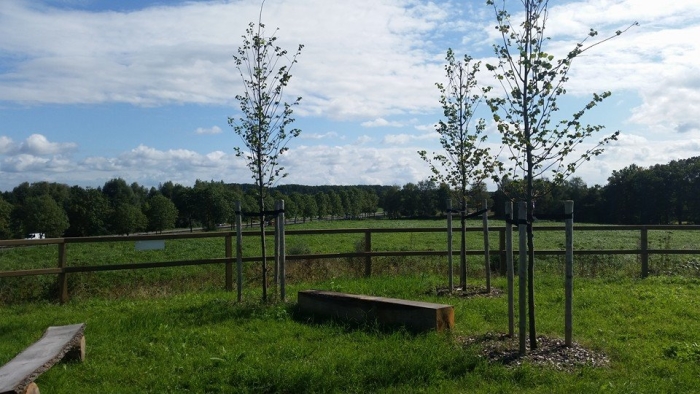 As a result of the crisis, quite a few of planned business sites have remained unused. Not unlike the business area of 7poort in Zevenaar, which has been developing more slowly than planned. In order to make use of the freed up space, BKC teamed-up with the city district and Businesspark 7poort to create a […] 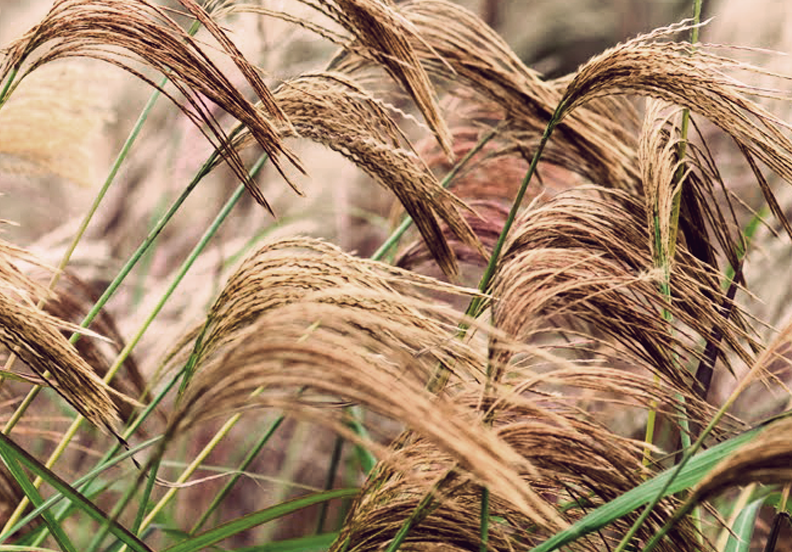 Recently we were able to qualify for a subsidy from the province of Gelderland. This so-called BIOBEST subsidy will support the research of possible ways to diminish the concentration of particulates. In addition, the funding will be used to research and produce Miscanthus and Miscanthus paper. This project, which is being carried out in cooperation […] 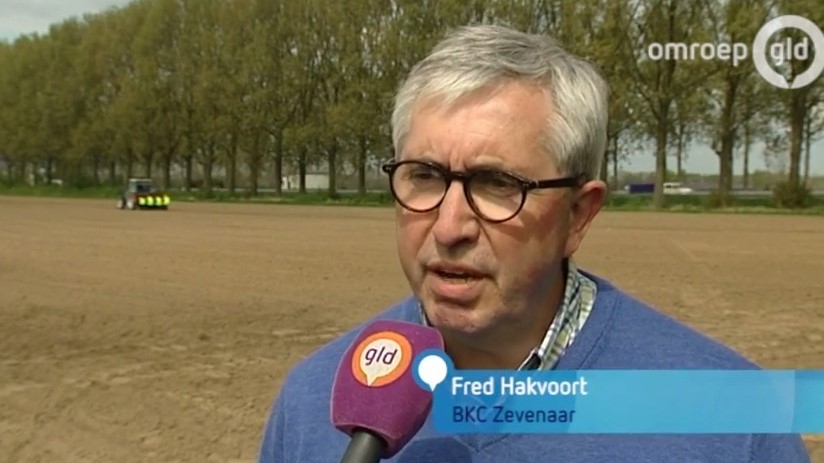 Last April BKC finished the planting of Miscanthus on a 750 metre strip along the A12 highway near Zevenaar. This batch of Miscanthus, which will be harvested yearly, is going to be used as a base for biofuel, bioplastic and paper. After the willow plantation, this is the second type of energy-crop at BKC.

This website uses cookies to improve your experience while you navigate through the website. Out of these, the cookies that are categorized as necessary are stored on your browser as they are essential for the working of basic functionalities of the website. We also use third-party cookies that help us analyze and understand how you use this website. These cookies will be stored in your browser only with your consent. You also have the option to opt-out of these cookies. But opting out of some of these cookies may affect your browsing experience.
Necessary Altijd ingeschakeld
Necessary cookies are absolutely essential for the website to function properly. These cookies ensure basic functionalities and security features of the website, anonymously.
Functional
Functional cookies help to perform certain functionalities like sharing the content of the website on social media platforms, collect feedbacks, and other third-party features.
Performance
Performance cookies are used to understand and analyze the key performance indexes of the website which helps in delivering a better user experience for the visitors.
Analytics
Analytical cookies are used to understand how visitors interact with the website. These cookies help provide information on metrics the number of visitors, bounce rate, traffic source, etc.
Advertisement
Advertisement cookies are used to provide visitors with relevant ads and marketing campaigns. These cookies track visitors across websites and collect information to provide customized ads.
Others
Other uncategorized cookies are those that are being analyzed and have not been classified into a category as yet.
Google Analytics
Analytische cookies worden gebruikt om te begrijpen hoe bezoekers omgaan met de website. Deze cookies helpen bij het verstrekken van informatie over statistieken, het aantal bezoekers, het bouncepercentage en de verkeersbron.
Marketing
Marketingcookies worden gebruikt om bezoekers te volgen wanneer ze verschillende websites bezoeken. Hun doel is advertenties weergeven die zijn toegesneden op en relevant zijn voor de individuele gebruiker. Deze advertenties worden zo waardevoller voor uitgevers en externe adverteerders.
Noodzakelijk
Noodzakelijke cookies helpen een website bruikbaarder te maken, door basisfuncties als paginanavigatie en toegang tot beveiligde gedeelten van de website mogelijk te maken. Zonder deze cookies kan de website niet naar behoren werken.
OPSLAAN & ACCEPTEREN